This blog post supports the Infographic 1/21, published in late March 2021.

The rise in the number and, more importantly, the influence of independent Members of the House of Representatives is a contemporary political issue.

As the non-major party vote has increased, the number of independent MHRs in the House of Representatives has increased.  See Fig. 2 on the infographic.

Defection from other parties is another source of independent MHRs. There have been at least two defections of government backbenchers in the contemporary period (2018-2021) – Julia Banks (Chisholm) and Craig Kelly (Hughes), in November 2018 and February 2021 respectively. Both went to the cross-bench. Banks’ defection put the first Morrison Government into a minority – an immense consequence as shown by the passage of the contested MEDEVAC Bill. Kelly’s defection has reduced the Morrison Government’s current majority to a single seat.

Independent MHRs are especially influential in law-making in parliament when minority governments exist.  See Fig. 3 for the Gillard and Morrison minority governments in the 42nd and 44th Parliaments. Julia Gillard was forced to adopt a price on carbon dioxide emissions by the Greens, whose support was vital because she was already relying on three other independent MHRs to form a government.  Scott Morrison’s government lost a legislative vote on the floor of the House of Representatives – the first in over 80 years – because of the influence of independent MHR Kerryn Phelps (Wentworth). Phelps initiated the MEDEVAC legislation as a private members bill and later voted to support a government bill amended by the Senate to include her MEDEVAC provisions.  Phelps succeeded because Julia Banks became an independent MHR, casting the government into a minority, and supported the amended bill.

The significance of grassroots participatory democracy at the electorate level has led to increased electoral success for independent candidates, especially since 2013. Grassroots participatory democracy is the model used by political organisations such as Voices of Indi and Voices for Warringah. Both these organisations formed specifically to run independent candidates against sitting major party MHRs. In this way, they contribute to the accountability of parliament by exerting pressure through elections on sitting members – and the major parties – to improve their standards of representation. Their success has inspired other groups, such as Hughes Deserves Better, which is organising to oust Craig Kelly from Hughes at the next election in 2021 or 2022.  Their participatory model has great potential to uphold popular participation and political representation in Australia by engaging and mobilising citizens. Their contemporary success is forcing the major parties to reconsider who they endorse in safe seats – the failure of long-serving MHR Kevin Andrews to gain party pre-selection for the seat of Menzies is an example – see PAL News Update Jan/Feb 2021 (V4N1) for a relevant article.

The success of grassroots participatory democracy in several seats is evidence of the fundamental cause of the rise of independent MHRs.  That is the decline of the public’s faith in the major parties’ ability to adequately represent them. Voter volatility is the result. Contemporary political issues such as climate change, same-sex marriage, inequality and energy policy seem to be beyond the major parties’ current capacity to represent community concern adequately. Major parties appear to the public to be locked into partisan opposition and party politics despite the urgent need for bipartisanship or compromise to solve contemporary political issues. Factionalism within the two major parties has been responsible for the fall of Prime Ministers Rudd, Gillard, Abbott and Turnbull. The internecine conflict within the parties has perhaps done the most to damage their public standing. The public perception is of the major parties fighting amongst themselves rather than getting on with the job. Consequently, significant segments of the voting public have turned away from Liberal and Labor and sought representation in other parties and independents.

Fig. 3 on the infographic illustrates how the rise of independent MHRs undermines the relevance of the Decline of Parliament Thesis. If the twin trends of the declining major party vote and increasing participatory democracy continue, Australia will have increased voter volatility and the probability of weak majority and minority governments into the future. The weakening of executive power – itself a contemporary political issue – diminishes executive dominance of the House of Representatives, which is the principal argument supporting the Decline of Parliament Thesis.

Weaker executives also empower their own backbenchers to act independently, as Nationals MHR George Christensen did when he forced the Banking Royal Commission on a reluctant Turnbull Government. More evidence of the growing power of government backbenchers came in the last week (22 March 2021) with the Nationals threatening to cross the floor to pressure Mr Morrison into accepting a Royal Commission into veteran suicide. Thus, the rise of backbench power is another consequence of the rise of independent MHRs and contributes to the executive’s weakening grip over the lower house.

The rise of independent MHRs enhances all the functions of parliament – holding the government to account, representing the people, legislating and debating.  The Decline of Parliament Thesis is therefore further undermined.

It remains to be seen if the COVID-19 pandemic transforms electoral dynamics. In Western Australia, the McGowan Government was re-elected with a truly historic lower house majority and control of the upper house. It will completely dominate the WA Parliament. If the same were to be repeated federally, the rise of independents might come to nothing and the Deline of Parliament Thesis might again validly explain political power.

To receive the infographic to which this post refers, please subscribe using the link at the right of this page.  Five infographics are published each academic year and delivered to subscribers’ inboxes in the odd months from March to November. 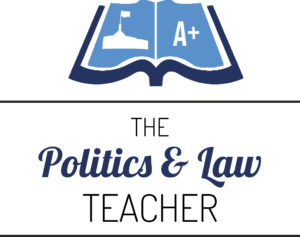